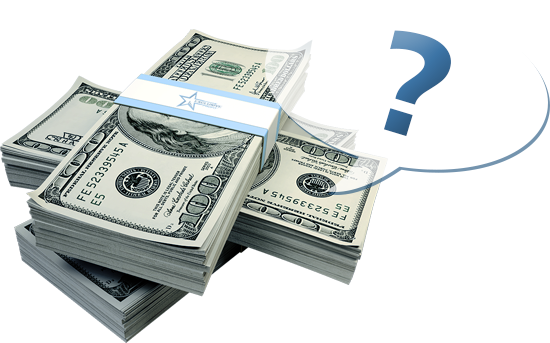 It so happened that in many respects the year 2018 was quite complicated. This is especially true of the exchange rate and now many are thinking: "What can we expect in 2019?" Here opinions differ. This is due to various difficulties in forecasting: some speak about the devaluation of the ruble, others, on the contrary, about its rise and the decline of the dollar.”
What influences the dollar rate
Before we talk about future projections of the growth or fall of the US currency, it is worth finding out what factors may affect it. If you want to independently try to predict the dollar for 2019, then first of all you need to pay attention to the cost of oil. It is measured in barrels and the lower it is, the higher the dollar will become. Next come the sanctions. All residents of Russia felt in one way or another their influence on the development of the state. Some sanctions can help develop the state and stabilize the exchange rate, others will lead to the devaluation of the ruble. This also applies to the political situation in general. When forecasting the exchange rate, they also pay attention to the policy of the Central Bank of the Russian Federation and to the zones of military conflicts that are currently taking place in Syria and Ukraine. The latter plays a significant role, since, due to actions related to these states, the policies of countries, especially European and the United States of America themselves, impose sanctions aside on the Russian Federation. Below is a list of the dollar forecast for 2019 from the most significant organizations.
Ministry of Economic Development
Ministry analysts are constantly monitoring the course status. On regularly conducted research and data, they argue that at the beginning of the year the dollar will be 70 rubles. Along with this, during the year it will definitely strengthen and reach 71. Analysts claim that they took into account the greatest number of risks, while focusing on the unfavorable circumstances for the Russian Federation that are happening now and which may be strengthened in the future.
Sberbank
Employees of one of the largest banks in Russia look at the situation more positively. They argue that there is no reason for the growth of the dollar. In this regard, at the beginning of the year it will be 59 rubles and the rate is unlikely to change during the whole 2019. The same thing they say about the national currency. Note that their analysts are based solely on the current situation, without making attempts to predict the likelihood of possible risks. For example, if the price of oil falls, sanctions will increase, etc.
Prognozex
Analysts of this company see the ruble against the dollar in a very profitable development. In their opinion, it only strengthened. As a result, in January 2019, the US currency will be 51 rubles. Along with this, it will fall during the entire forecast period. For example, in May, it will reach the level of 41 rubles. However, by the end of the forecast period, the situation may change dramatically, and the dollar will be 56 rubles.
APECON
They see the future for the ruble in a neutral light. Analysts claim that the dollar will definitely grow in value, but not so fast. At the same time, starting from 2019 and beyond, the dollar will change due to different circumstances, but it will definitely continue to develop. According to their forecast at the beginning of 2019, the dollar will be 55 rubles, and at the end of the 19th year it will grow to 62 rubles. for 1 dollar.
As a result, forecasts from analysts differ significantly. After all, it all depends on the political situation and the cost of oil in the future. Therefore, in order not to miss the optimal course for yourself and buy a dollar at a bargain price, you should pay attention to the factors we have described above.
Новые проекты
04.08.2020
Exclusive Invest
Платит
03.08.2020
Crypto-t
Платит
29.07.2020
USA Builders
Платит
Bitstil
Платит
25.07.2020
Binapex
Платит
24.07.2020
VIP
ТОП
инвесторов
Лучшие по RCB