How to crap and blame everyone around. Practical guide

Hi bro!
Sure, the topic from the title of this article, oh how close you are. Surely you have met in your life such a character in whom everyone around is to blame and only he is the most honest and unhappy. And if you are closely acquainted with such a person, then we offer our sincere condolences.

But, it is one thing when such a character is just a person from the street, and quite another when this is a famous person. We are not going to talk about such epic fails as “the state did not ask you to give birth” from Olga Glatsky, “you need to raise your retirement age because there are many pensioners” from the State Duma and not even about our favorite pearl from Dmitry Anatolyevich Medvedev “there is no money, but you hang on there.”
Today we tell you about the mega-investor, the president of Euro Pacific Capital Inc., the millionaire and genius analyst who predicted the financial crisis of 2008, about just the shirt-guy - Mr. Peter Schiff. 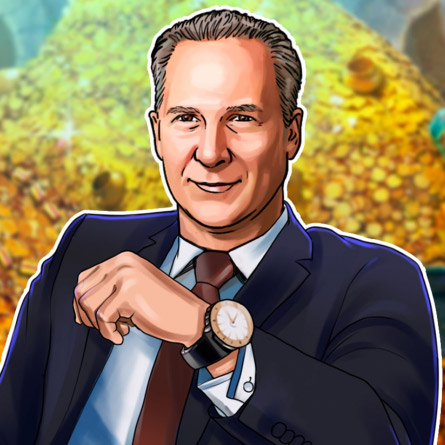 The hero of our article is still very famous for being an ardent critic of Bitcoin. Nothing can convince him that with such a competitor fiat funds, at least worth reckoning with. Despite all the prospects for cryptocurrencies, the forecast for the price of Bitcoin and its growing popularity, Mr. Schiff is screaming loudly that Bitcoin is scam and will never compete with gold.
So, recently, Peter Schiff issued another convincing statement to the mountain that Bitcoin is g @ obviously. It is even worth quoting:
“I knew that having bitcoins was a bad idea, but I never suspected it was so bad!” 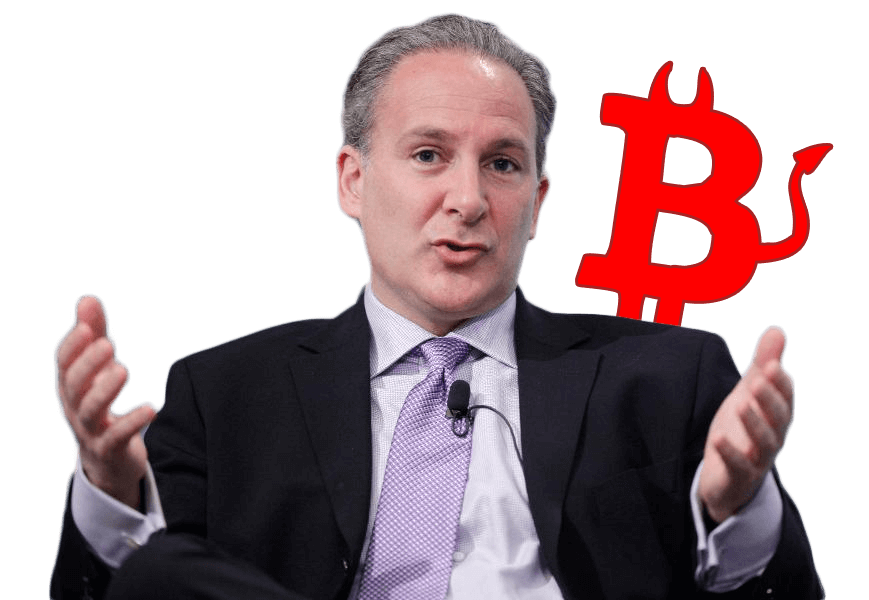 You Bro, probably, want to find out what made Peter so upset. Vulnerability of the code, the insolvency of the idea of ​​Bitka, or the disclosure of a secret cryptocurrency conspiracy?
No, everything is much simpler: Peter Schiff forgot the password from his Bitcoin wallet. Just forgot your password, Karl! And that’s all - this is an occasion to spew tons of shit in the direction of Bitcoin. Well, not everything is so simple) Initially, he said that his wallet “forgot the password”. Attentively, Bro, “I took and forgot the wallet,” and he has no phrase. And there would not be such a problem, they seem to have talked and forgotten. But this is not only a spit in Bitcoin, but also in its multi-million army of users. 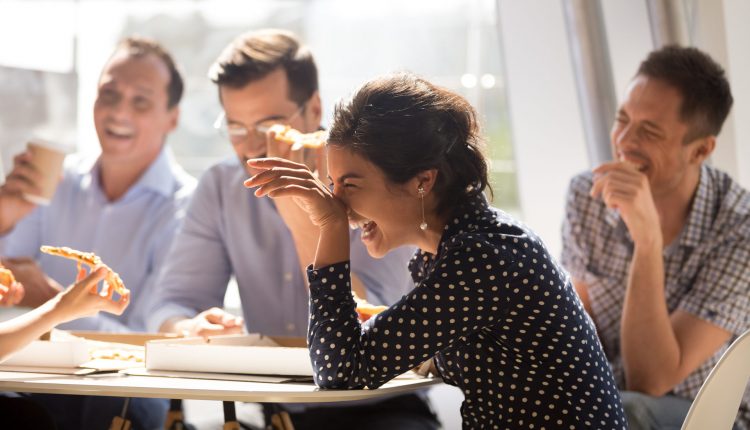 And when a horde of investors looks at you, it’s becoming harder to grind nonsense!
Immediately into the dispute, Anthony Pompliano, co-founder of Morgan Creek Digital investment company, harnessed. In short, he explained to Peter Schiff that, to put it mildly, he imbecile, who does not fumble at all, not only that there is Bitcoin, but generally does not know how to use technology. Okay, everything was not so rude. He asked if Peter had forgotten the password, similar to email. But this does not change the essence. The whole cryptocurrency community expressed the same opinion about the mental abilities of Peter.
In response, Schiff only shrugged and said:
“I wrote that the wallet itself forgot the password.”
Learn to read.
Eh, Peter, Peter. You shouldn’t be so...
Further, the events are widely publicized, and it turns out that these Bitcoins were presented to him by the aforementioned Anthony Pompliano, the wallet was opened by the head of ShapeShift Eric Vorhes, and Peter himself did not take any part in this. Where the seed phrase he does not know, and understand, they say, yourself. You gave - you are to blame!
And even though anyone who holds Bitcoin understands the simple truth that you can restore your Bitok if you have seed phrases without the slightest problem and it will not disappear, Schiff made a lot of noise among the “hamsters”.
And you know what, Bro! A day later, this Peter announced and said that he supposedly found what was the problem. It turns out that his wallet was updated, he was logged out, and when he tried to log in, like a woodpecker without interruption, he entered a PIN instead of a password.
Well, hell, huh?
Of course, immediately from the crypto enthusiasts, a wave of assumptions and statements of Schiff's mental abilities again went.
And you know what, he admitted his mistake, apologized to everyone for his words and in general, Schiff acted as a person who knows how to admit his mistakes...
But dick there !!!

We quote his response to the remark that he gulped without even trying to figure out the problem:
“The most important thing about bitcoin is that it is not money. He will not succeed as a medium of exchange or preservation of value. This case demonstrates how easy it is to lose bitcoin if you don’t understand how wallets work.”
A curtain!

Which of all this is worth bringing to you, Bro.
The truth is simple: “Don’t be Peter, keep your passwords and seed phrase securely and let To The Moon come with you.” And yes, in case someone from the investment shark reads it. Do not give money to Peter Schiff for his birthday. God forbid, he will lose them, and then he will blame everyone for the fact that money is a bad idea.
Новые проекты
30.03.2020
DogeMiners LTD
Платит
Lagooncapital
Платит
29.03.2020
NCC Enterprises
В ожидании
27.03.2020
Yoda X
Платит
26.03.2020
Azmorels
В ожидании
23.03.2020
VIP
ТОП
инвесторов
Лучшие по RCB